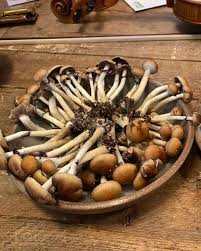 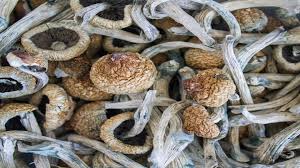 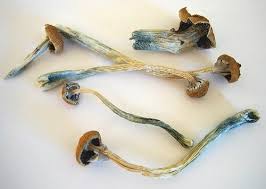 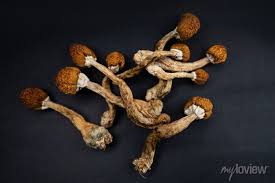 Psilocybe Serbica occurs in the Czech Republic and central Europe. The mushroom contains the compound psilocybin. It is closely related to Psilocybe cyanescens, although the latter has a strong farinaceous odor and taste and is not translucent-striate when moist. Once known as Bohemia, hence the synonymous name, Psilocybe bohemica. Psilocybe serbica is a European species discovered by Horak in 1969. It is reported as containing 1.34 percent psilocybin, 0.11 percent psilocin, and 0.02 percent baeocystin (Gartz and Muller, 1989; Gartz, 1994).

The species is found growing mostly in groups. Typically on well decayed deciduous and coniferous wood, on twigs, compost, and plant humus. The cap is often buff-brown to dingy orangish-brown and pale reddish-brown when dry, smooth, hygrophanous, not viscid and without a separable gelatinous pellicle. The stem is whitish to cream-colored, bruising blue when injured.

Psilocybe Serbica mushrooms usually come in single doses of 0·2–0·4 mg/kg orally as part of a medically monitored, drug-assisted psychotherapeutic treatment program. Some people also take psilocybin in micro doses, but there isn’t enough information available to determine whether these micro doses are safe or effective.

Psilocybe Serbica is possibly safe when using it as a single dose under medical supervision. Also, using a single dose of psilocybin doesn’t have side effects. The most common side effects include; confusion, fear, hallucinations, headache, high blood pressure, nausea, and paranoia. Despite being a controlled substance in the US, the risk for abuse seems low. Withdrawal symptoms and physical dependence don’t appear to be a major concern.

The Legal Status Of Psilocybe Serbica

You can use Psilocybe Serbica and other magic mushrooms without interference from the law in the following places.

Cannabax offers Psilocybe Serbica Bundles, weighing 8g per bundle. The price displayed is the cost per bundle. Order yours Today!