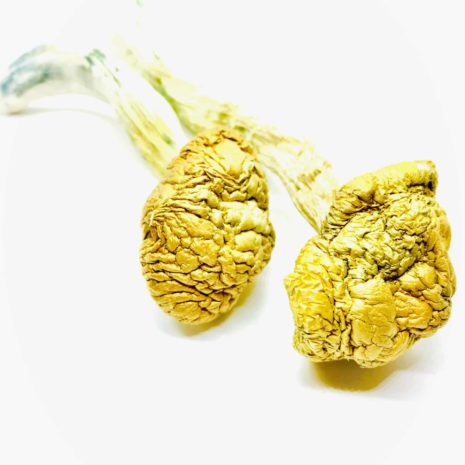 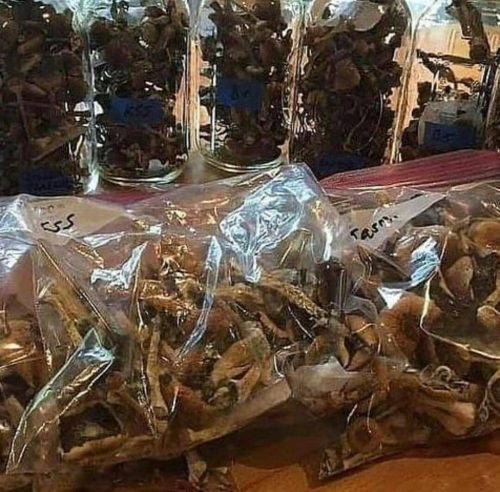 Psilocybe Cubensis Cambodian Gold is a F1 hybrid of Psilocybe Golden Teacher x Cambodia. Psilocybe cubensis give you the best possible experience and make you feel energized and creative, the end result is absolutely stunning. You get a euphoric high that is good for social settings and also the spiritual aspect that you would expect out of magic mushrooms.. This is an extremely rare strain of mushroom because genetic mutations capture the benefits of both strains into one. Psilocybe Cambodian Gold Mushroom is characterized by bright beautiful golden caps with long thick stems.

Psilocybe Cubensis Cambodian Gold has most often been used by adults in single doses of 0.2-0.42 mg/kg by mouth as part of a medically supervised, drug-assisted psychotherapy program. Some people also use psilocybin in “micro doses”, but there isn’t enough reliable information to know what an appropriate dose might be.

Psilocybe Cubensis Cambodian Gold is possibly safe when using it as a single dose under medical supervision. Also, using a single dose of psilocybin doesn’t have side effects. The most common side effects include; confusion, fear, hallucinations, headache, high blood pressure, nausea, and paranoia. Despite being a controlled substance in the US, the risk for abuse seems low. Withdrawal symptoms and physical dependence don’t appear to be a major concern.

You can use Psilocybe Cubensis Cambodian Gold and other magic mushrooms without interference from the law in the following places.

Cannabax offers Psilocybe Cubensis Cambodian Gold in Bundles, weighing 8g per bundle. The price displayed is the cost per bundle. Order yours Today!