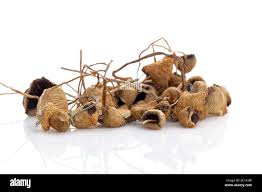 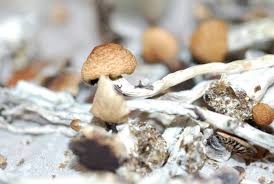 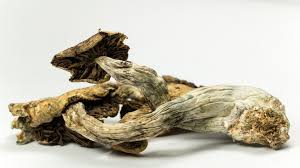 Panaeolus Cyanescens (Blue Meanies) comes in many colors including blue! Blue meanies are commonly seen at home gardening stores or online. These mushrooms have natural anti-inflammatory properties. This is one of the strongest psilocybin and psilocin containing species in the world. The species is about two to three times the strength of P. cubensis. But there seems to be a lack of data to support these claims about the potency. They are colloquially known as “blue meanie mushrooms”, a term that originated in Australia. But have also been known as Copelandia cyanescens, leading to common names such as “Copelandia Hawaiian”. They can grow indoors, and it is possible to purchase grow kits. These magic mushrooms are found all over the world as a dung-loving species, in the same habitats as Psilocybe cubensis.

Panaeolus Cyanescens (Blue Meanies) is 1.5 – 4 cm across, dry, at first hemispheric, expanding to campanulate to convex, with an incurved margin when young. Young caps start out light brown and fade to off-white or light gray at maturity, sometimes with yellowish or brownish tones. Often developing cracks in dry weather, slightly hygrophanous, turning greenish or blue where damaged.

Panaeolus Cyanescens (Blue Meanies) is possibly safe when using it as a single dose under medical supervision. Also, using a single dose of psilocybin doesn’t have side effects. The most common side effects include; confusion, fear, hallucinations, headache, high blood pressure, nausea, and paranoia. Despite being a controlled substance in the US, the risk for abuse seems low. Withdrawal symptoms and physical dependence don’t appear to be a major concern.

You can use Panaeolus Cyanescens (Blue Meanies) and other magic mushrooms without interference from the law in the following places.

Cannabax offers Panaeolus Cyanescens (Blue Meanies) in Bundles, weighing 8g per bundle. The price displayed is the cost per bundle. Order yours Today!