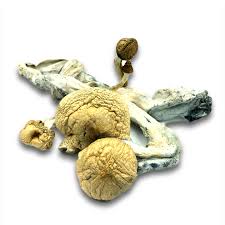 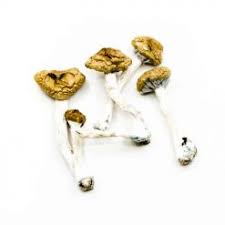 Alacabenzi Cubensis Magic Mushrooms that delivers an altered reality that produces more physical and spatial effects, with relaxing head and body sensations at smaller doses, and more significant warping of balance at higher doses. An excellent choice for beginners who might be wary of an overly intense hallucinogenic journey, this strain can produce results that feel closer to the effects of strong cannabis edibles. Like an amusement park funhouse where suddenly the world is tilted, the Alacabenzi’s tendency to impact balance and cause a deep body stoned means that first-timers may want to stick close to home until finding the optimal dosage.

Alacabenzi Cubensis grows very widely in the wild, feeding on mammal dung. Although there a lot of natural variation, the mushrooms are usually medium-sized with light-brown caps. A webby partial veil protects the developing gills and tears just before spore release.

Alacabenzi Cubensis is possibly safe when using it as a single dose under medical supervision. Also, using a single dose of psilocybin doesn’t have side effects. The most common side effects include; confusion, fear, hallucinations, headache, high blood pressure, nausea, and paranoia. Despite being a controlled substance in the US, the risk for abuse seems low. Withdrawal symptoms and physical dependence don’t appear to be a major concern.

The Legal Status Of Alacabenzi Cubensis

You can use Alacabenzi Cubensis and other magic mushrooms without interference from the law in the following places.

Cannabax offers Alacabenzi Cubensis Bundles, weighing 8g per bundle. The price displayed is the cost per bundle. Order yours Today!